In the United States, about 42.5% of adults are obese, and another 31.1% are overweight. The Centers for Disease Control and Prevention also reports that more than one in five adolescents between the ages of 12 and 19 are obese. Many people who are overweight or obese want to lose weight and get healthier. These are good goals, but many fad diet products and weight loss trends leave individuals vulnerable to potential harm. 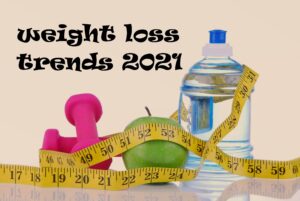 Sensa was a company founded by Alan Hirsch. Dr. Hirsch is an American neurologist and psychiatrist. The company’s effervescent commercials involved people in coordinated outfits, dancing on the beach. They instructed the viewer to shake that Sensa. The Sensa product was a weight loss powder packaged to look like a salt shaker. It was supposed to make a person feel full faster. Sensa made promises that it would transform a person’s figure on its own, with no other dietary restrictions needed. It also promised that a person could just use Sensa and not have to exercise in order to lose weight. In 2014, Sensa settled a weight loss product lawsuit brought about by the Federal Trade Commission (FTC). The company paid $26.5 million in fines to settle claims for false advertising. Sensa ceased operations after it paid the fines to the FTC.

Human chorionic gonadotropin, or HCG, is a natural hormone released by the human embryo and later by the placenta during pregnancy. Drug manufacturers can also create synthetic versions of it. For many years, grocery stores, vitamin shops and drugstores sold HCG supplements marketed as weight loss products.

The Food and Drug Administration (FDA) warned that there was no scientific proof that HCG promoted weight loss. Manufacturers HCG Platinum LLC, Right Way Nutrition LLC, which were both owned by Kevin Wright, claimed that a person could lose up to 50 pounds by taking HCG supplements under the tongue before a meal. Kevin Wright and his companies paid $1 million in fines in December 2014 in order to settle claims of deceptive trade practices and false advertising.

Two footwear manufacturers, Reebok and Skechers, faced weight loss product lawsuits from the FTC in 2013. Both companies made claims that their athletic shoes could create a toned derriere if a person wore them while walking. The Sketchers products were endorsed by Kim Kardashian. Some of the claims made by Skechers and Reebok included that a person could make their bottom half their better half by wearing those shoes.

Many people swear by taking supplements in order to build muscle and maintain the right electrolyte balance when training for an intense athletic event, such as a marathon or triathlon. However, consumers don’t always check with their doctor before they start a supplement. This can lead to disastrous effects on a person’s health. In 2012, Hi-Tech Pharmaceuticals Inc. faced a class-action lawsuit from several consumers who claimed that the company’s 1,3-dimethylamylamine (DMAA) supplements injured them. DMAA is a derivative of amphetamine, which is a drug of abuse.

These consumers claimed that using the supplements cause liver damage up to and including liver failure. In August 2020, a federal judge in Arizona dismissed the class-action lawsuit. However, the FDA has banned DMAA. It can cause death if taken in large doses. All manufacturers who were creating supplements with DMAA as an ingredient were ordered to cease production of it in 2012. The supplement is still banned in the United States.

Bowflex was a type of exercise equipment featured in late-night infomercials. The people who were featured in the commercials claimed that they only had to exercise for 14 minutes three or four times per week in order to reach the apex level of fitness. However, consumers sued the maker of Bowflex, Nautilus, for deceptive marketing techniques. A federal judge in Utah upheld the lawsuit, stating that Nautilus didn’t actually have a patent on the product.

Instead, it used components that were patented by others. In 2012, Nautilus was ordered by the FTC to pay $7.8 million in fines for its deceptive claims. The company had settled previous lawsuits related to consumer injuries from defective pieces of equipment.

Many people seek those classic six-pack or “washboard” abs. Abdominal workout machines are some of the most popular fitness devices and top scams related to weight loss. These products have been marketed for decades. Back in the 1950s, companies launched electric abdominal stimulation belts. More recently, products such as the Ab Circle Pro and the Ab Energizer were promoted as a way to quickly get tight abs. However, the FTC charged several companies with deceptive advertising practices related to these abdominal exercise machines.

The Ab Circle Pro manufacturer settled a claim with the FTC for $25 million in 2012. Ab Energizer settled with consumers, the FTC and subsidiaries in 2005. Abflex U.S.A. Inc., the device’s manufacturer, had contracted with Energizer Holdings to produce the battery for the wearable product. Both companies had claimed that a person could achieve a perfect six-pack of abdominal muscles just by wearing their products and with no other dietary changes or exercising required.

Getting a toned, fit body is hard work. The lure of fast results is tempting, but these trends aren’t good ones to follow.

Common Tests During The First Trimester Of Pregnancy

All You Need to Know About Varicose Veins...

What to Expect During Your First MRI

How safe are truck rental during Covid-19?

Did You Know That CBD Can Help You...

5 Simple Techniques to Save Weight Loss...

How to Sleep with a Fractured Pelvis?

Everything to know about Melanotan 2